Most of my time in the workshop is spent building instruments for customers, so finding the time to develop designs and new instruments can be difficult. About a year ago I blocked out a couple of months to do just this. So during September and October I’ve been working on a particular project I’ve been itching to get on with for ages – to develop a new bouzouki specification designed to maximise response and output with a view to introducing it as a new model alongside by standard specification instruments.

I’ve had a number of ideas on how to achieve this bubbling around in my head for a while now, and while I’ve tried each idea out separately on various instruments, this was going to be the first opportunity to bring them all together in one instrument.

The theory behind the idea is simple – make the top more responsive, make the back more ‘active’ and make everything else stiffer and more rigid in order to minimise loss of energy from the strings.

Making the neck stiffer is fairly straightforward with the addition of solid carbon fibre bars inlayed under the fingerboard. The sides I made stiffer by laminating them, so they had three layers, one normal Rosewood outer layer, an middle layer of thinner Rosewood running perpendicular to the outer layer, and then an inner layer of Maple. The result is incredibly stiff and stable sides, a wee bit heavier too but importantly more able to retain energy from the strings.

The back I carved thinner than normal and braced it so the shape was much more curved and cylindrical. The usual practice when bracing the back is to rebate the ends into the sides. This will make the back stronger but can also make it too stiff. I wanted the back to be more flexible and more reactive so I stopped the braces short of the sides enabling the back to be more flexible, effectively bouncing the soundwaves back towards the top and the soundhole and maximising the tonal input from the Rosewood.

But the changes to the top have been a wee bit more radical. I wanted to make the top as responsive as possible. Usually this means making the top thinner, but I also wanted to make the bracing as light weight as possible too but not compromising on the strength. Carbon fibre was the answer. Laminating the braces with a thin layer of CF strip not only made the braces incredibly lightweight, but also super strong.

So once it was all built and strung up, how did it sound? Well, it’s certainly louder, actually it’s very loud, bright too and punchy with an amazing sustain – really ‘alive’ and responsive. Pretty much what I was hoping for. As this instrument is just a prototype, I sent it over to John Ryan in Dublin to give it a good road test and to give me some good honest feedback. John’s a great player and has had many great bouzoukis over the years and so I really value his opinion and was looking forward to what he had to say about it. Well, I never got it back – he bought it!!! That wasn’t really part of the plan but was also a great compliment and endorsement of the instrument. Here’s what he had to say about it….

Well I received a very surprising email last week. It was from Andy Tobin that great UK luthier who makes stunning bouzoukis. I have one of them!!! Anyway myself and Andy have regularly corresponded over the years, mainly about bouzoukis but often about our dogs as well!! This aint a dogs forum so we’ll leave that for another day. Anyway, Andy wanted me to test drive a prototype bouzouki he had just completed. Needless to say I was honoured to do so and it duly arrived in my house last Friday. It looks exactly the same as his normal design but there’s lots different going on in parts you cant see. Kind of a trade secret at the moment!! What’s it like, Absolutely awesome!!! I have a Tobin Large Body which is a great zouk and used to have a Tobin Standard which was also great but I sold that one to our good friend Seanie. The prototype is Andy’s standard SBB model size. It just jumps out of the case at ya. It has great volume, sustain that goes on and on. Plays great up the neck plus with a capo. Doesn’t lose its responsiveness at the 7th fret which some zouks do. It’s punchy, so punchy it might knock you out!! I absolutely love it. Its going to be played by a lot of guys here in Dublin and then in about 3 weeks is going down to County Clare to the total bouzouki nerd Seanie McGrath. This will be a great session zouk. you won’t have any trouble being heard, trust me. Oh and one more thing. I’m going to buy it!!!

This has been a really interesting experiment, great fun and wonderful to have the time to devote to development. Since the prototype was sent over to Dublin I’ve tweaked the design slightly to bring out a wee bit more warmth and colour and I’m now happy that the new specification instruments can be brought into the range. 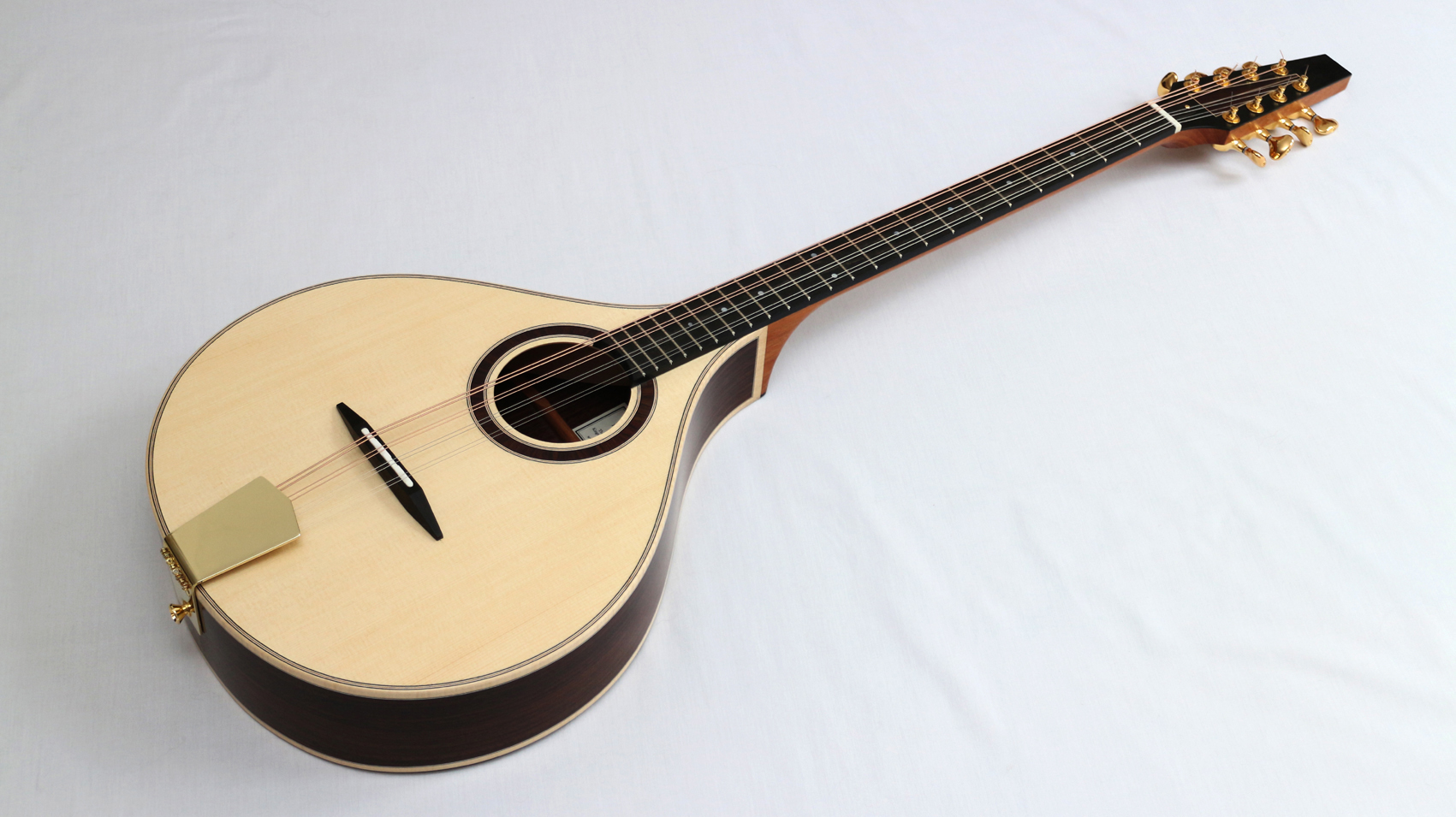 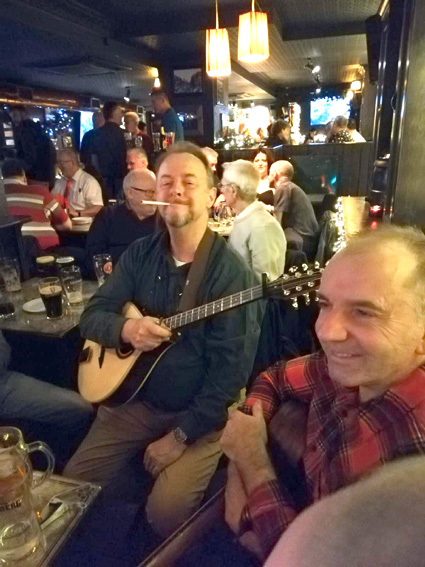