Many thanks for visiting my website. I hope that you find something of interest and hopefully exactly what you are looking for.

I have been making custom musical instruments since the mid 80’s and have gained a reputation for making instruments of exceptional quality and performance. I concentrate mainly on Bouzoukis, also known as Irish Bouzoukis, and their related family of instruments such as Octave Mandolins, Citterns and Mandolins.

All of the instruments are built to order, and the relationship that I have with my clients is really important to me. The process of listening to how someone plays, their style, the sound they produce and the sound that they would like to produce all contribute towards informing the brief and specification of the new instrument. I work alone and only make one instrument at a time. This allows for complete control of the process with all of my thoughts and efforts being focused on the individual piece.

Like many people who make musical instruments for a living, I didn’t start out intending to be a luthier. I was originally planning for a career in Aeronautics and so studied Engineering at Bristol Polytechnic in the early eighties. I wasn’t long into the course when I realised during a 3 hour maths lecture that the concept of complex numbers was always going to elude me so I swiftly changed to a degree in Design. Actually it was the only course at the whole college that still had any vacancies, so I think the Gods must have been smiling on me! The Design course was part of the Art School at Bower Ashton and turned out to be the perfect course allowing and encouraging plenty of time in the workshops making and prototyping projects we were working on. 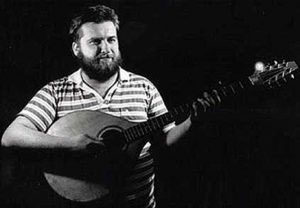 It was during my time there that I started making a few solid body electric guitars and selling them through some of the music shops in Bristol. They soon started to give me acoustic instruments to repair and set up, which under the guidance of some of the in-house experts turned out to be the perfect apprenticeship for a career as a luthier. But it wasn’t until I started to get involved in playing traditional Irish music at the sessions in Bristol and Birmingham in the mid 80’s that my connection with the bouzouki family of instruments started.

The first Irish bouzouki I made was for Ivan Miletich. Ivan was one of the stalwarts of the Irish music scene in Birmingham at the time and part of the now sadly lost band Long Acre (described by Colin Irwin of FRoots as ‘scandalously underfamous’). The memories are a wee bit hazy after more than 30 years, but as I remember it at the time Ivan played a 12 string guitar fitted with 8 strings but tuned like a bouzouki. During a session at the Old Bull in Digbeth apparently someone volunteered me to make him a bouzouki. My first thoughts were “what the heck’s a bouzouki” – it wasn’t the sort of thing you could pop into a music shop and buy back then. Anyway, Ivan visited me down in Bristol and using a 12” album as a template we designed bouzouki No: 1.

All things considered, it didn’t turn out too bad. It held together which is always a bonus and actually sounded pretty good. Ivan loved it and it wasn’t too long before people started to get in touch asking me to make another bouzouki, and before I knew what was happening a whole unexpected career started to happen.

Ivan still plays that same instrument today, albeit with the benefit of a few re-frets and services. That was the best part of 30 or more years ago, and now, very many instruments later, the thought of a career in engineering is thankfully a long distant memory! I now have my workshop here in the grounds of our smallholding in Herefordshire which I share with Annie my wife and our collie dogs Ruby and Bronnie.

Just give me a call on +44 1544 239292 or email me at andy@tobininstruments.co.uk to arrange a visit. I’d be very happy to chat about anything you have in mind. 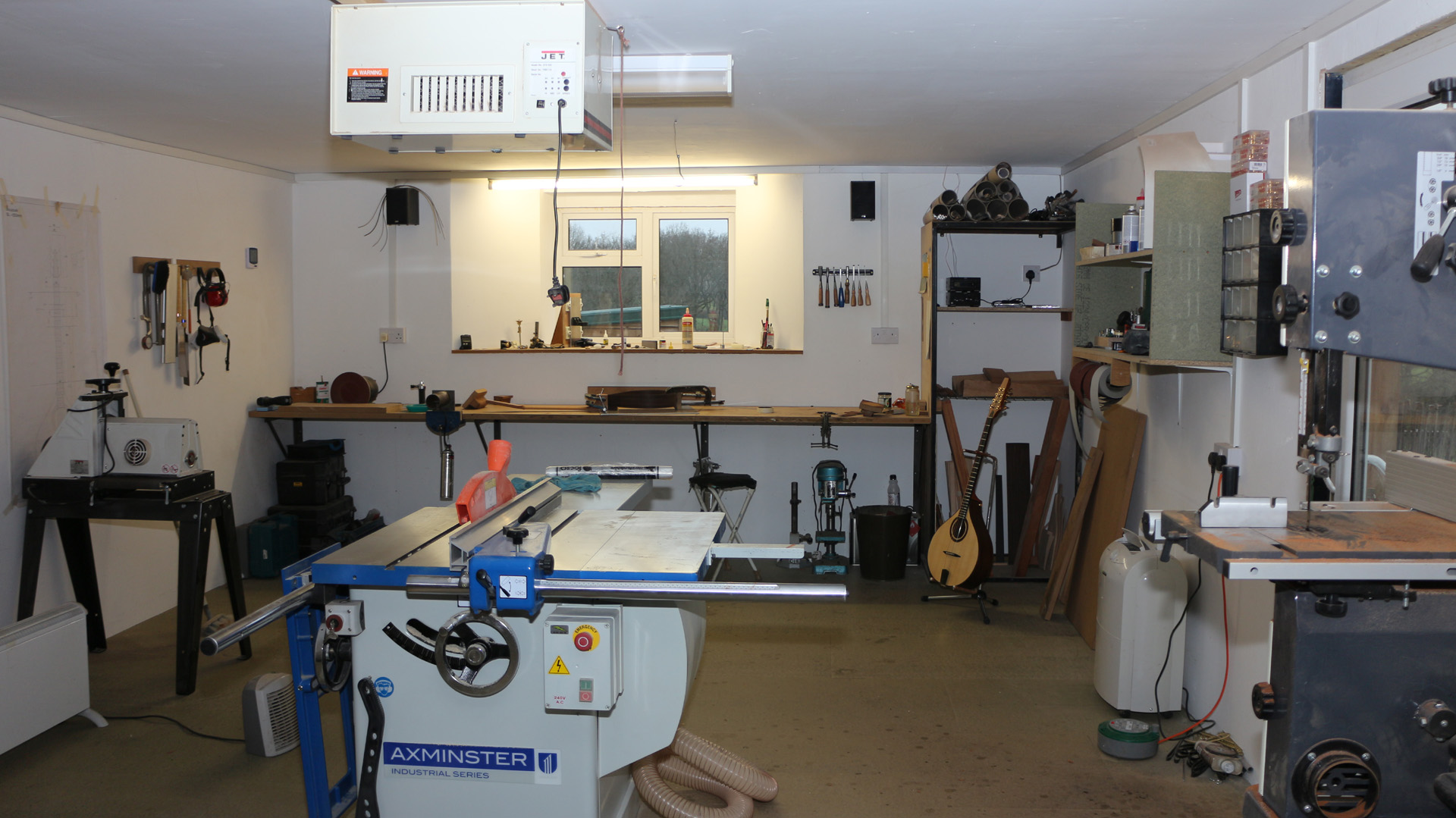