A new bouzouki for Manus Lunny

Manus got in touch a while ago to ask me to build him a new buzouki. The LBB I built for him over 20 years ago has had a very hard life after years of touring with Capercaillie and too many arguments with airport baggage handlers around the world. Over the years I’ve had the instrument back a number of times for repairs, and with a big Capercaillie tour of Australia coming up in April 2020 Manus thought it was probably time for a new one.

Manus’s current bouzouki is a standard specification LBB but he thought he might want something slightly different for the new one, and with this in mind back in December dropped in to see John Ryan in Dublin so he could try out the new prototype instrument I built. Well, he really liked the power sustain and projection of the instrument, but wanted something a wee bit warmer in tone but still with the clarity and punch of the smaller body.

So after numerous emails we settled on a specification for the new bouzouki. We decided to stick with the SBB bouzouki, the same body size as the prototype he played in Dublin. It will be a standard rosewood and spruce instrument but we’ve included a number of ‘upgrades’ to the specification. We’ll be incorporating a carbon fibre reinforced neck, and two way truss rod rather than a standard truss rod. The CF bars help to make the neck really stiff, making a two way rod essential to achieve a good playing action. Having a stiff and rigid neck is a real advantage for both tone and sustain. We’re also going to be having an extra heavy brass tailpiece which will also help with the sustain.

We’re also going to be using a Torrefied Spruce top. Torrefaction is a process in which the wood is heated in a controlled environment, cooking off the volatiles—the oils, sugars, and resins that naturally vacate the wood but only after many decades of drying. Basically it speeds up the process of maturing and the resulting instrument sounds more ‘vintage’. Another advantage of Torrefaction is that the resulting wood is dimensionally stable, so it won’t shrink or expand and is unaffected by changes in humidity.

Manus also wants two pickups installed, a Takamine Triax magnetic soundhole pickup and a Headway undersaddle piezo. Both will be passive and will have their own output jack socket.

I’ll post some photos of it what it’s finished. 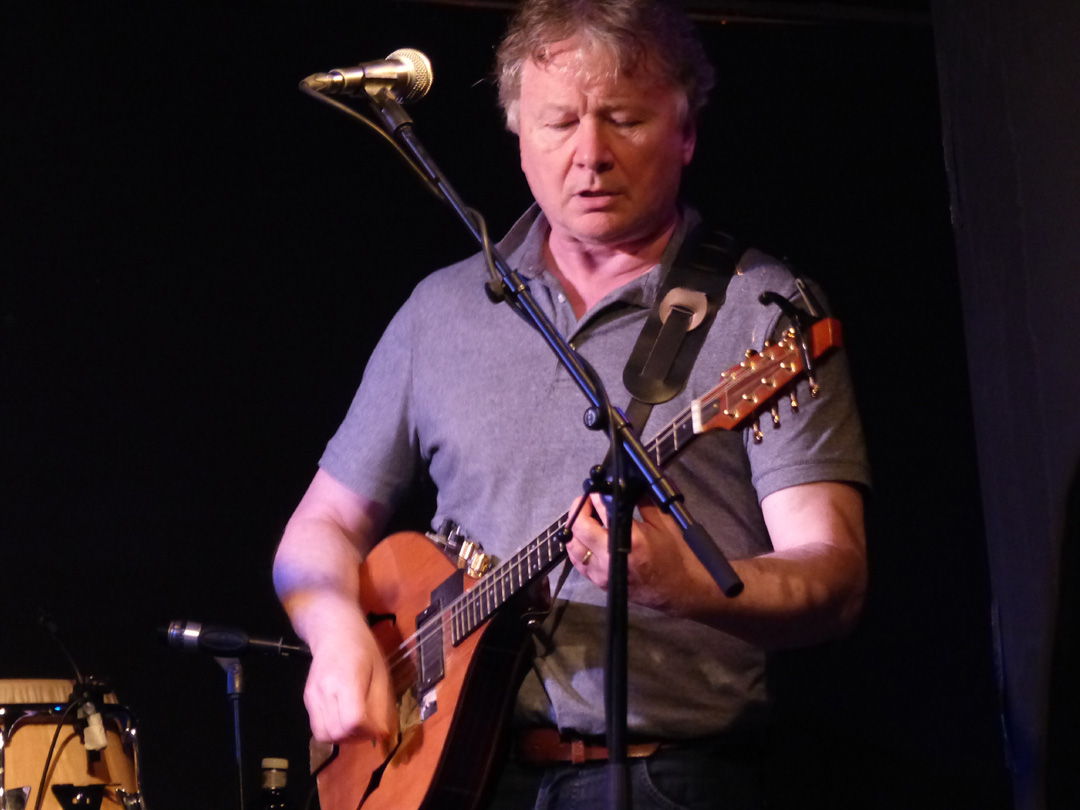